I Hear A New World

I Hear A New World is a dynamic Visual Music exhibition taking place in Athlone's Luan Gallery from July 11th - August 31st 2013. It features work by leading Irish and international artists, composers and film makers and offers gallery-goers a unique opportunity to immerse themselves within this exciting and innovative art form. I Hear A New World is curated by artists Mike Glennon and Anthony Wigglesworth who would like to thank Luan Gallery for hosting this show and Elephant Brand Bean Bags for their kind sponsorship.

Jane Cassidy, The Night After I Kicked It

Jane Cassidy is a New Orleans based multi disciplinary artist and educator from Galway, Ireland. Primarily trained in music composition and animation, Jane earned a Masters in Music and Media Technologies from Trinity College Dublin in 2008. Jane’s main interests lie in visual music, installations, live Vjing, electro-acoustic composition and multi-channel work. Jane is currently studying for a MFA in Digital Arts from Tulane University in New Orleans. She is also getting very good at sitting on her porch playing banjo.

The Night After I Kicked It is a visual music work. The music and animation were composed simultaneously to create a cohesive, tightly synchronised piece. It is an abstract piece - there is no narrative, rather both elements of the composition influence each other to create the structure and movement of the work. Within the animation the use of color, image placement on screen and the matching of images to sounds is used to create a type of associative synaesthesia.

The Night After I Kicked It from Jane Cassidy on Vimeo.

I’m a filmmaker based in Dublin. More details at www.paddycahill.com

A camera obscura is an ancient method of bringing the outside world to an inside space, it’s the most primitive form of camera.

We used time-lapse photography to capture this camera obscura over a few hours.

The video was made in Crampton Buildings, an old Dublin City Center community that dates back one hundred and twenty years. At the moment it is in the process of being temporally cleared of its residents while it is being refurbished.

A bespoke soundtrack to the resulting footage was created by composer Mike Glennon.

A Camera Obscura on the Liffey Quays from Paddy Cahill on Vimeo.

Pauric Freeman is an electronic music producer, sound designer and technologist from Co. Monaghan. He graduated with a BA in Communications in Creative Media in 2011, where he focused on installation-based interactive music generation. His interest with sound has developed in recent years to include the relationships between audio and visual content, which he has explored during his Masters study. Pauric graduated with a M.Phil in Music and Media Technologies from Trinity College in May 2013.

Aphotic Depth is an audio-visual Sonata that draws upon Jungian psychology for character development. Visually influenced by French avant-garde cinema, this psychological paradox experiments in film arrangement by utilising Sonata form as a guide for visual arrangement. Sonata form introduces, develops and resolves through the use of themes, in this context producing an alternative methodology to traditional film structure.

The soundtrack is constructed from found sound recordings. By addressing techniques presented through Musique Concrète, processes of the audio recordings were manipulated to construct both pitched and percussive sounds. Aphotic Depth premiered in May 2013 at I Hear a New World in the Samuel Beckett Theatre, Dublin. 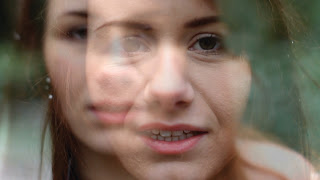 Pendulum at the Pantheon, Paris: is the inspiration for the sound and visual behind ‘Rotation of the Earth’. Foucault’s pendulum is a simple device conceived as an experimental proof of planetary rotation.

Irene Buckley
Irene Buckley is a composer living and working in Cork. Her work is characterised by the dynamic interplay between the possibilities of classical acoustic and contemporary digital instrumentation and sounds. Her pieces have ranged from scores for full orchestra to tape pieces to interdisciplinary collaboration, and have been performed in locations that scale from the grandiose to the peculiar: Carnegie Hall (NY), Tycho Brahe Planetarium (Copenhagen), Brooklyn First Presbyterian Church (NY), Galeria Kronika (Poland), Muziekgebouw (Amsterdam).

furry
furry is an Interactive Visual Sound Designer, most recently creating the interactive dance piece ‘Zeph.yr’ for The Dublin Dance Festival 2013, with dance artist Rebecca Reilly, which was staged at the Abbey Theatre on the Peacock Stage. During 2012 he has worked as sound and visual composer on ‘oh, look hummingbirds’ for Absolut Fringe, he conceived and designed the sound and visual interactive dance piece ‘SAOL’ which was previewed as part of Galway Fringe. The Hilltown Ensemble performed an interactive graphical score he composed at the Hilltown Music festival.


Rotation of the Earth from Irene Buckley on Vimeo.

Mike Glennon, Are You For Real?

Mike Glennon is a Dublin based composer & intermedia artist. As a member of the band the 202s his music has been released across Europe by Harmonia Mundi / Le Son du Maquis making him labelmates with artists including Cluster, Faust & A Certain Ratio. More recently his audiovisual work has featured in exhibitions including the Pixel Pops festivals in Wales and Columbia and Dublin’s ‘Describing Architecture’exhibition.

Are You For Real? is an audio visual composition which explores the common ground between noise and beauty via combinations of tonality and dissonance, stasis and movement, repetition and progression. Visually it utilises a 15 second found footage fragment of television static and inteference as its sole source material and investigates the full visual potential of this material via various recontextualisations.


Are You For Real? from Mike Glennon on Vimeo.

Dave Greber was born in Philadelphia in 1982. He studied at the Middle Bucks Institute for Technology, Temple University, Universiteit van Amsterdam, and Tulane University. After an unfulfilling stint as a filmmaker/freelance commercial video producer, he found his calling in the contemporary art resurgence of post-Katrina New Orleans, creating video loops and site-specific multimedia installations.

His installations have been featured in museums: Prospect 1.5, The Ogden Museum of Southern Art, the Contemporary Arts Center, New Orleans; commercial galleries, Arthur Roger Gallery in New Orleans, C24 Gallery in NYC; and International Media Festivals. His work has been covered by Art in America, Rhizome, Artforum, Artvoices, Hyperallergic, DailyServing, Pelican Bomb, Oxford American, and others. He is a member of the artist-run collective, The Front, where he is both a curator and exhibitor.

Jules Hackett is a multimedia artist based in Dublin, Ireland. He works with installations, video and graphics. He holds a BA (Hons) in Fine Art Sculpture and an MA in digital media.

Based in the forests of Ballyshannon, SlowPlaceLikeHome is the solo music project of Donegal native Keith Mannion. This work was created for his piece There Go The Lights Again. Created by Dublin based artist Jules Hackett, it features Julian Opie’s ‘Suzanne Walking In Leather Skirt’ as she comes to life onto the streets of Dublin. Lending her seductive rhythm to the meditative beat of the track, Suzanne (and companions) embark on a journey from Parnell Sq, where she has been located for the past number of years, to Dollymount Strand in the dead of night.

SlowPlaceLikeHome - There Go The Lights Again has been selected at the ÉCU - The European Independent Film Festival 2013 and also featured on The Works on RTE 1.

SlowPlaceLikeHome - There Go The Lights Again from Jules Hackett on Vimeo.

Mark Linnane uses generative procedures to make work that has unanticipated emergent qualities. He is interested in simple systems that generate rich output and that can be realized in software, moving image, sound and assemblages of objects. Previous work includes Splitzo, a cycle of video pieces made in collaboration with the improvised music ensemble, Cortisol (2010), selected for Punto y Raya Madrid 2011; Walk Don’t Run (2008), a dance film in association with Catapult Dance Company, commissioned by Project Arts Centre; Art of Decision (2005-2006), a feature documentary commissioned by the Department of Electronic and Electrical Engineering, Trinity College, and The Weathering (2004), a concert film for Donnacha Dennehy’s music which was premiered at Lincoln Centre, New York in 2004.

This is one of ten pieces made in collaboration with the improvised music group, Cortisol. The visual source material is of the Dublin docklands. This has been manipulated with a vertical mirroring filter, edited and colour treated in response to the music.

This project was funded by the Arts Council of Ireland.

Maura McDonnell is a visual music artist and researcher based in Ireland. Her works have been presented in Ireland, UK, America, Canada and Germany and her recent visual music piece ‘Silk Chroma’, a collaboration with the Irish music composer, Linda Buckley, won an honorary award in 2011 at the annual visual music award event held in Frankfurt, Germany.

Karl McHugh is a composer and visual artist. Having graduated with a BA in information technology from the National University of Ireland, Galway, he went on to complete an MPhil in Music & Media Technologies in Trinity College. Karl uses his background in IT to inform and create his pieces. His work is primarily focused on the creation of new meanings from the deformation and combination of industrial objects.

As parallel lines seem to meet at a distance, so do noise and melody in this piece. Architecture and nature co-exist throughout until both evolve into a “higher” state.

Neil completed his PhD in Composition with Donnacha Dennehy at Trinity College Dublin, where he also holds a Masters in Music and Media Technology in 2011. Beginning his career as a filmmaker (B.A in Film – National Film School, IADT, Dun Laoghaire), Neil has been involved in a diverse range of musical activities including folk, jazz, rock, contemporary, experimental, electronic and electro-acoustic music and has toured extensively in Ireland, Europe, Australia, Asia and the US. Neil has also scored a number of documentaries, shorts and feature films for Irish Film Board, some of which have won international prizes. His work has been shown/performed at the Dublin Electronic Arts Festival, Fringe Festival, Resonances Festival @ IRCAM Paris, 60 X 60 NYC, Kunsthalle, Berlin, Massachusetts Museum of Modern Art and the ICA, London. Neil has also been participant in the Bang On a Can Summer School at MASS MOCA. Neil has written for solo, duo, string quartet, large ensemble and orchestra along with mixed media projects.

Anthony Wigglesworth is a composer and artist living in Dublin, Ireland. His work fuses the gap between traditional and digital media. He recently completed an MPhil in Music & Media Technologies in Trinity College, Dublin and has held multiple solo exhibitions of his artworks. His choice of medium varies from detailed ink drawings to wood sculptures to audio-visual compositions. The ink drawings and the sculptures are inspired by patterns found in nature, and are sometimes representative, at other times abstract. Whether it is working in 2D or 3D the emphasis is on the minute detail. Anthony‘s audio-visual compositions bridge the space between his musical compositions and his visual work.

Impressions De La Mer is an audio-visual composition comprised of three movements. The first movement is a solo piano composition inspired by French impressionist compositional techniques. The second movement takes the form of an ink drawing which was mapped out using the structure of the music as its framework. The third and final movement is the audio-visual composition which incorporates the ink drawing as the source material for the video and the music from movement 1.The video maps musical notes to animated movements and forges the connections between the visual and the musical elements using synchronicity.

ImpressionsDeLaMer-AudioVisualComposition-AnthonyWigglesworth from Anthony Wigglesworth on Vimeo.